The Squirrels Who Squabbled- A Focus on Talk

This week we have explored our new book ‘The Squirrels Who Squabbled’ and met Spontaneous Cyril and Plan Ahead Bruce who chased and squabbled over the very last pine cone of the season. We started by predicting what we thought the story might be about, using the clues on the front cover and discussing the meaning of the word, squabbled. We used sentence stems to talk clearly in full sentences and shared our ideas by ‘inviting in’ our friends to share their thoughts too.

We gave reasons to support our views and this was also a great opportunity to practise our listening skills which we explored last week. Our spokesperson had the job of summarising what their group had discussed and the agreement they reached.

We then watched a video of our discussions and used this to make our own Class Talk Rules. We have decided that we have quite a few things to work on so that we can learn how to become super speakers and active listeners! We understand why it is so important to learn how to use talk effectively. 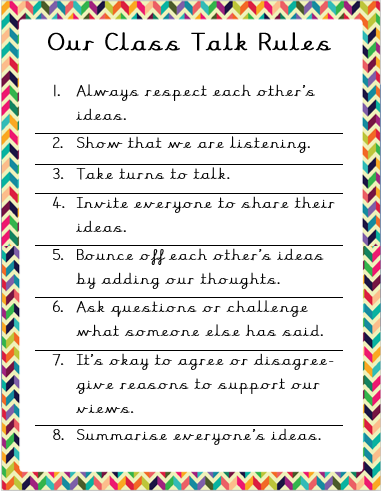 As we prepare for writing poetry based on our new book, we worked in talk trios to explore the different sounds made by a pine cone on its journey around our playground and woodland area. We talked about the best words to describe the noises it makes and how it moves when it hits different surfaces such as the ground, a tree, grass and stone. We also explored how the pine cone moves when it is thrown up into the air, for example; the pine cone soars, falls and drops. Finally, we discussed verbs for how the pine cone moves on the water. As we talked, we used full sentences and we built on each other’s ideas. We will now use our chosen words within our poetry.

Some of our fantastic verbs and onomatopoeia words: 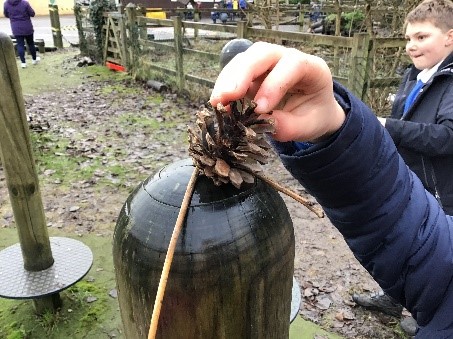 Look out for our poetry based on this book next week.